With a freezer paper stencil. Could I be more of a cliche? 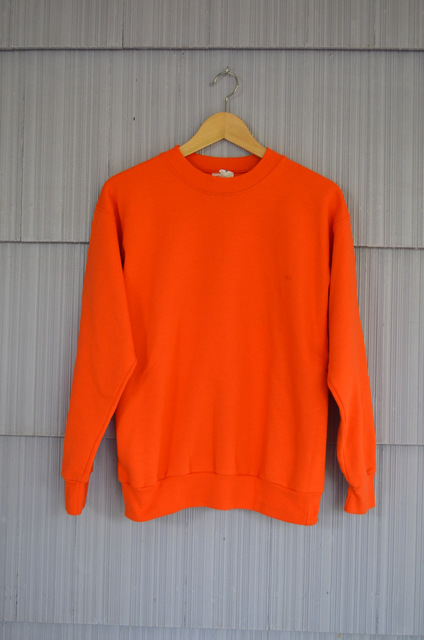 Today’s project was not planned out. All I had in my journal for today’s orange project was “Orange Sweatshirt” – I was sure I could figure something out – I’ve had lots of practice with sweatshirt projects. 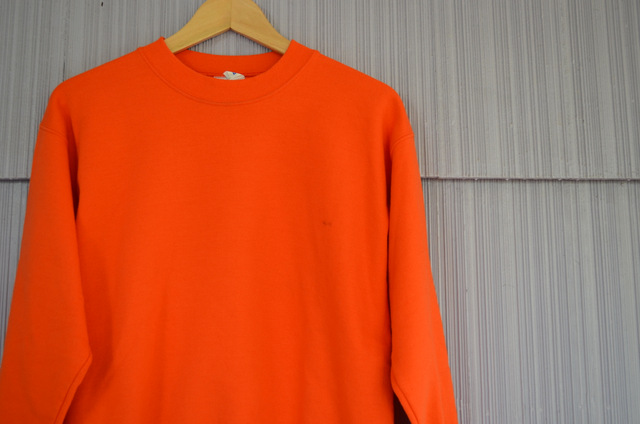 Then I saw that this shirt had a little imperfection, so I knew I had to figure out something to cover that. I spent a lot of time on Pinterest, looking for ideas. 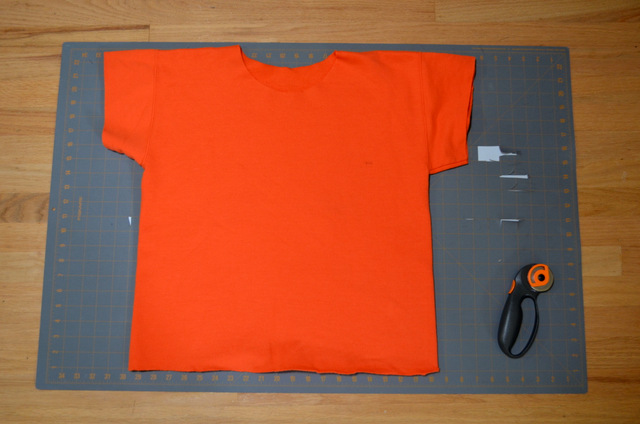 Then I just started chopping, hoping the inspiration would come. I thought that covering it with fabric or painting a design might be nice, but I’m not really a graphic-tee kind of person. I thought about freezer paper stencils, but even then, I was unsure. I went round and round, thinking about fall – Pumpkin? Too much. Lace Stencil? Too intricate. Then my eyes rested on Edgar. A bird! I’ll put a bird on it.

Sure, it’s not super original, but it would be pretty easy (considering I had already wasted half an hour of precious nap time to figure this out), and it would cover the dark spot well. 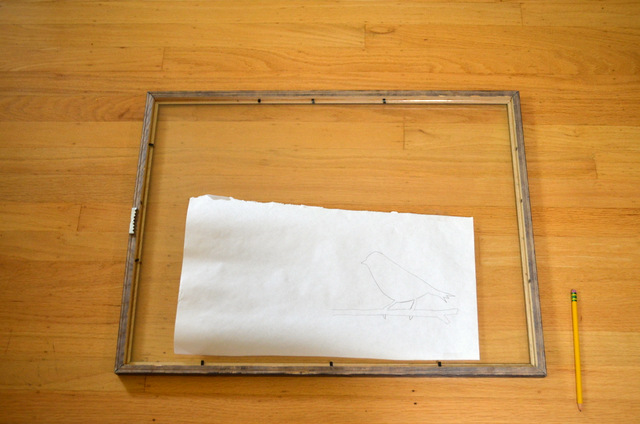 I taped some freezer paper to the glass of an empty frame and propped that up against my computer to trace the silhouette of a bird image I found online.

Then I placed the paper on the shirt and freehanded the rest of the branch to go across the shirt. I used an X-acto knife to cut out the stencil. 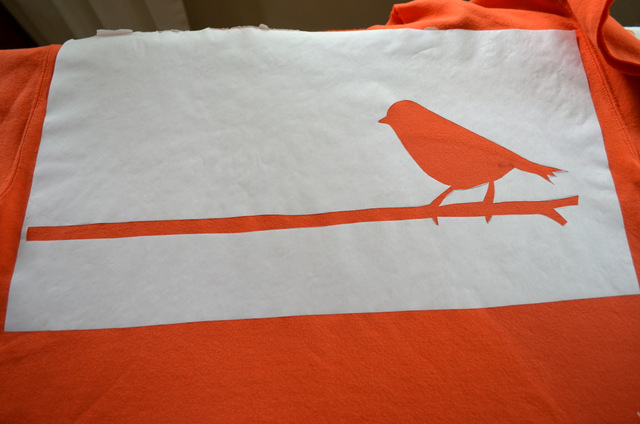 I positioned the stencil on the shirt so the paint would cover the dark spot and used a hot, dry iron to press the freezer paper stencil to the shirt. 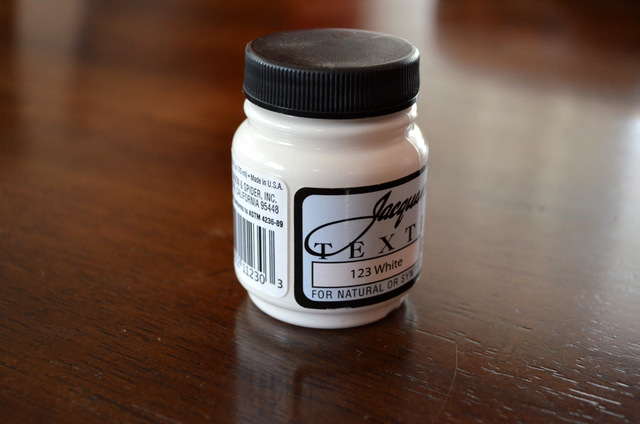 I used white textile paint and a brush to fill in the stencil. 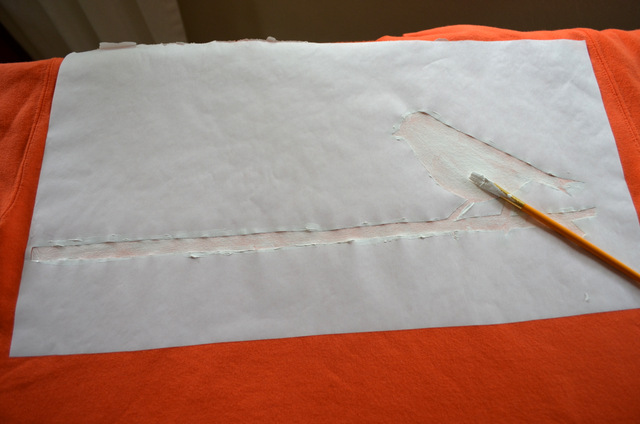 I used two coats of paint to make sure the white was opaque. 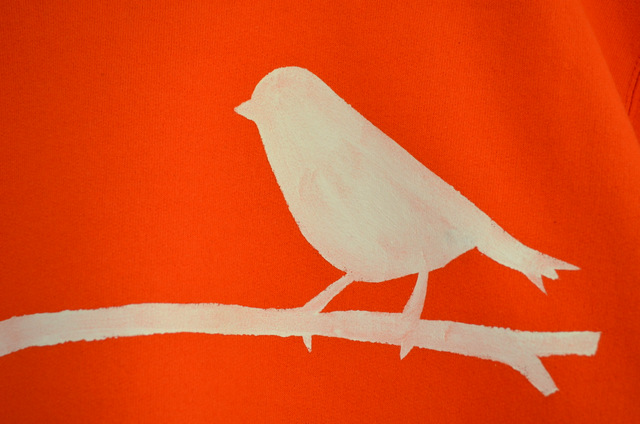 After it dried, I peeled off the freezer paper. It’s like magic, I tell you, and a little addictive. What else can I stencil?! 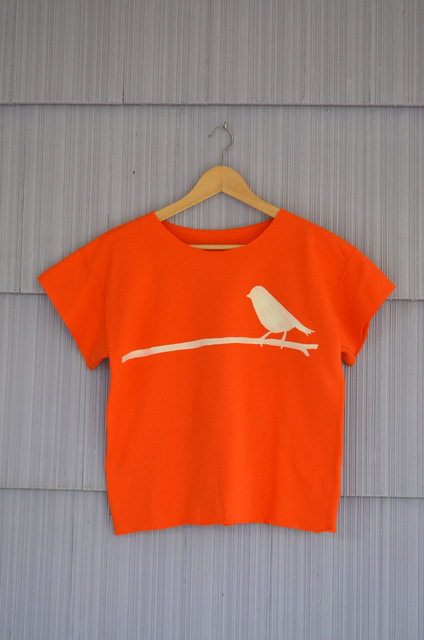 It turned out pretty cute, even with a bird. (And there’s something about that stripe across the middle that reminds me of a great ’80s Daytona Beach shirt I used to have. I think it was like this one. Who knew it would be “vintage” and worth $20 one day?) 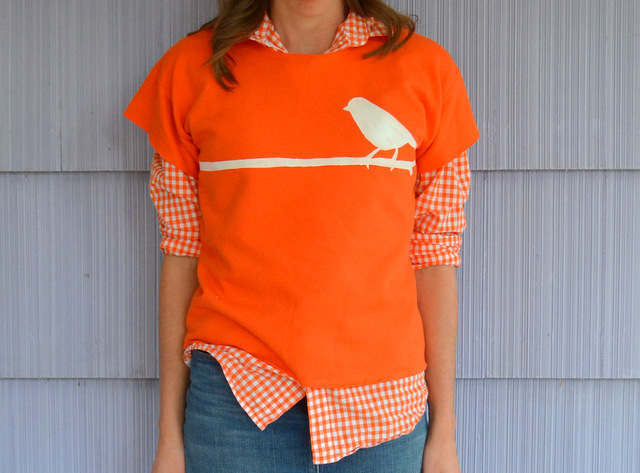 Want me to put a bird on something for you? I can’t wait to try some more freezer paper stencils.

Yes, I just typed that last sentence. I am such a dork. 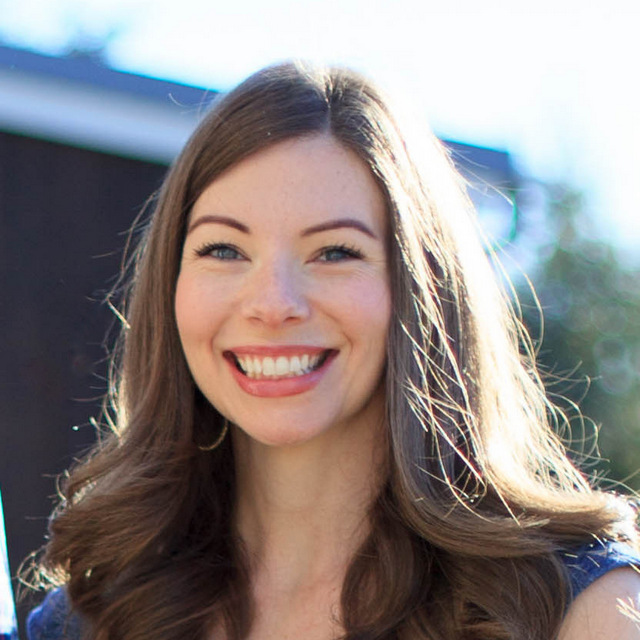 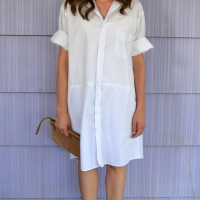 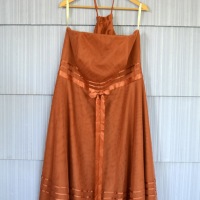 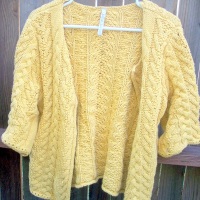 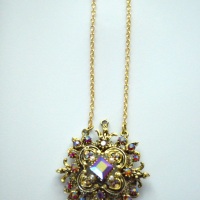